My lovely blog friend La Quemada has nominated me to post three quotes, on three consecutive days, and each day nominate three new bloggers to take up the challenge. Having contemplated this, but never being comfortable with nominations (and nine in total is a very tall order), I have decided to play fast and loose with the rules, and simply throw the challenge open to anyone who fancies a go. The exact rules, for those more conscientious, follow:

Share one new quote on three consecutive days on your blog. They can be from anywhere, anyone, or anything.

On each of the three days, nominate three more bloggers to carry on with the quotes.

So, a final thanks to La Quemada, and since I have decided that the theme of all three of my quotes will be women who have inspired me, we conclude with…

If as I suggested in my last post, Eleanor Roosevelt was the one who laid the groundwork for Radical Feminism to flourish in the United States, it was Mary Wollstonecraft who set the pattern for it to exist at all.

Social roles for middle and upper-class women in the Eighteenth Century were severely restricted, focused around the need to make advantageous marriages, with women’s education thus tending to be shallow and stifling, focused on decorative skills and social protocol. The insufferable Caroline Bingley in Jane Austen’s Pride and Prejudice sums it up nicely…

“…no [woman] can be really esteemed accomplished who does not greatly surpass what is usually met with.  A woman must have a thorough knowledge of music, singing, drawing, dancing, and the modern languages, to deserve the word; and besides all this, she must possess a certain something in her air and manner of walking, the tone of her voice, her address and expressions, or the word will be but half-deserved.”

A well-born Eighteenth Century wife was, essentially, expected to be a (more) feminine version of C-3PO: possibly not quite as shiny, but certainly as deferential and obedient, and as lacking in initiative and independence. Should she fail, in spite of these skills, to make a good marriage, her only viable option tended to be working as a governess: essentially a poorly-paid and often as poorly treated live-in tutor to upper-class children. Mary Wollstonecraft occupied that role for a time, during which she gained insight into the idle, degenerate lives imposed on upper-class women and girls by society. This would greatly inform her work. 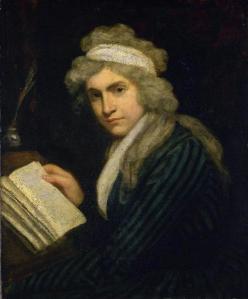 In 1787 she left her post as a governess, moved to London, and established herself as a career writer: an extremely radical and not overly respectable choice of life for a single woman at the time, yet one in which she attained self-sufficiency, against the odds. Her greatest work, and one that could well be argued to be the first true feminist text, was A Vindication of the Rights of Woman. Far in advance of modern Radical Feminism, Wollstonecraft’s book launches a sustained attack on the conventional notion that the social roles assigned to men and women are dictated by essential, natural differences between the sexes (as argued by moralists such as Jean-Jacques Rousseau, whom she repeatedly dismantles). Instead, she emphasises – taking evidence from her experience of women’s stifling education, contrasted with her own unsheltered, self-taught background – that any seemingly natural differences are almost entirely the result of social conditioning. If women are physically weak, it is because they are encouraged to cherish an ideal of beauty that is passive, frail, and helpless. If they are intellectually weak, it is because they are discouraged from cultivating mental independence as this is not seen as a valuable commodity for them in the marriage market. Furthermore; Wollstonecraft argues that the degenerating effects of this situation are self-perpetuating and inherently bad for all involved, as it manifestly creates such unfit mothers that upper class families resort to governesses and nurses to care for their children. The emancipation and education of women, and the consequent erosion of these artificially constructed gender distinctions, she argues, can only be of benefit to the whole of society.

And if none of that is cool enough (which it is), her daughter wrote Frankenstein. 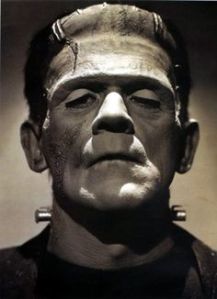 (From the introduction to A Vindication of the Rights of Woman)

“My own sex, I hope, will excuse me, if I treat them like rational creatures, instead of flattering their fascinating graces, and viewing them as if they were in a state of perpetual childhood, unable to stand alone. I earnestly wish to point out in what true dignity and human happiness consists – I wish to persuade women to endeavour to acquire strength, both mind and body, and to convince them that the soft phrases, susceptibility of heart, delicacy of sentiment, and refinement of taste, are almost synonymous with epithets of weakness, and that those beings who are only objects of pity and that kind of love, which has been termed its sister, will soon become objects of contempt.” 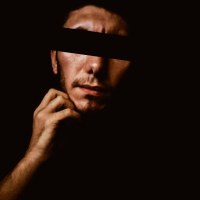 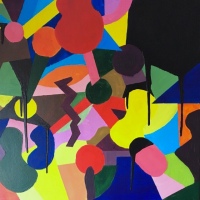